Tasmanian disabled sailors Matthew Bugg and Chris Symonds have made impressive starts to the 2018 Para World Sailing Championships being sailed from the US town of Sheboyan on Lake Michigan.

Symonds, from Wynyard Yacht Club, scored two wins, a second and a fifth place in the Hansa 303 class and is just one point the lead in third place overall.

Bugg, a member of the Royal Yacht Club of Tasmania and the Derwent Sailing Squadron, began with a sixth in the 2.4mR class, but fell back to finish 14th in the second race.  The Rio Paralympic silver medallist is ninth overall after day one. 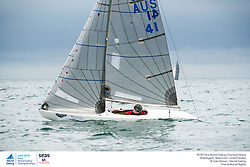 A record 98 sailors from 39 nations are contesting the world championships, despite the announcement last week that there will be no sailing at either the Tokyo 2020 or the Paris 2024 Paralympics.

Bugg won the silver medal in the 2.4mR One Design  class at the 2017 Para World Sailing Championships but has done little sailing since successfully defending his Australian title last summer.

In the highly competitive fleet of 38 boats on a chilly Lake Michigan, the Hobartian began well with a fifth place to Frenchman Damien Seguin,  but finished mid fleet as the wind eased for race two.

Melbourne-based Tasmanian Neil Patterson is 11th overall after a 9-15 start in the 2.4mR class.

The men’s Hansa 303 fleet is split into six groups of six sailors. On the opening day, the competitors sailed two group and completed 12 races in total.

In his group, Chris Symonds finished the day with a 2-1-1-4 score, to be fourth overall but just one point behind the three equal leading sailors from Germany, Poland and Noumea. 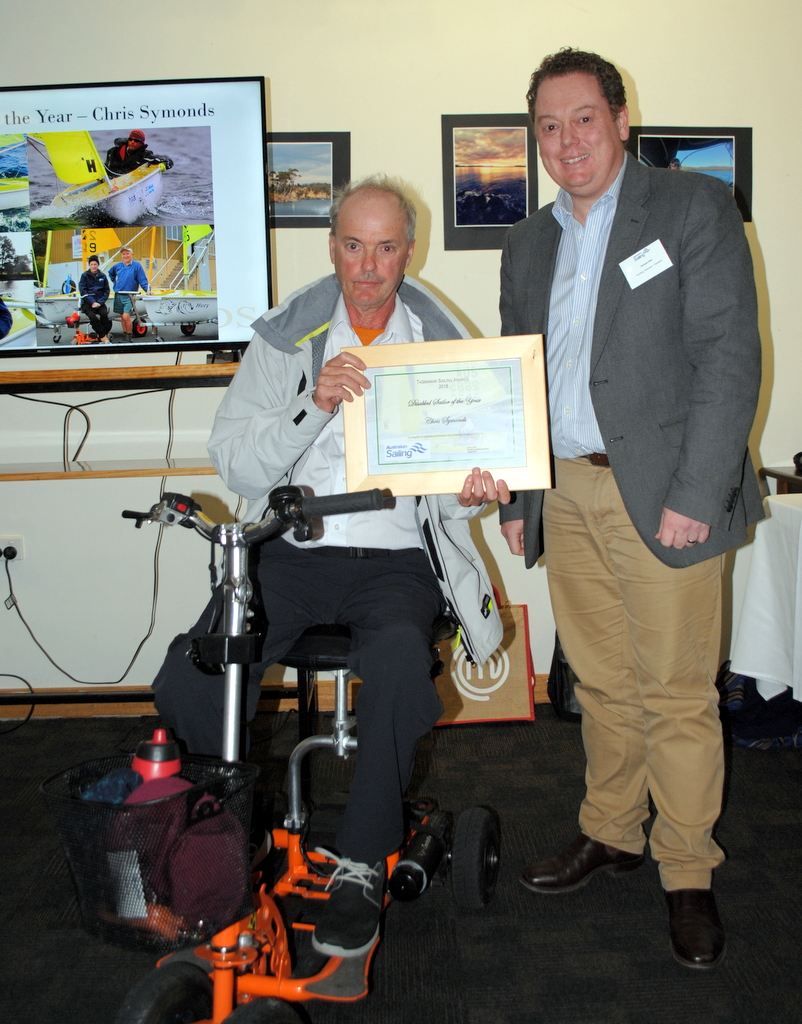